The reliable provision of water and sewerage services requires water companies to think and plan long term, especially when it comes to effective asset care. Water companies are under unprecedented pressure to reduce maintenance costs, but are they harnessing the power of systems and technology already in their possession to aid this, or merely reacting to problems as they occur? Guy Fitzpatrick from Xylem explains why it’s time to change maintenance methodology from cure to prevention.

Maintenance practices can be viewed like a set of scales, with predictive maintenance on one end and reactive maintenance (run an asset until failure) on the other. Although run to failure is a common strategy within the water industry, it can lead to high costs resulting from machine downtime and an excessive spares inventory. With a greater focus ever growing around total expenditure (Totex), proactive and predictive maintenance is being recognised as a more cost-effective solution than run to failure, but this can result in unnecessary maintenance interventions that can themselves introduce problems.

For example, the simplest approach is preventive or periodic maintenance – like changing the oil on a car every three months, regardless of how much the car is driven. Scheduling an oil change every 3000 miles may seem like a good precaution to take, to ensure peak performance, whereas in retrospect, too much oil can actually damage an engine.

Needless to say, predictive maintenance has become the preferred technique for critical assets in many situations, not only because it brings significant cost benefit advantages, but also because it improves the level of control that engineers can exert over the future performance of assets. However, a widespread network of water company assets, located on unmanned sites, raises a key question, how can water companies ensure they are getting the most out of their pumping systems to drive asset care?

Good predictive maintenance programmes rely on receiving up-to-date data from the field, whether from on-line measurements, handheld data collection or periodic inspections. However, it’s not just a case of receiving vast amounts of data, but how this data is analysed, interpreted and acted upon that will put water companies in the perfect position to know how to get the most from their assets and make the right decision for the short, medium and long term. 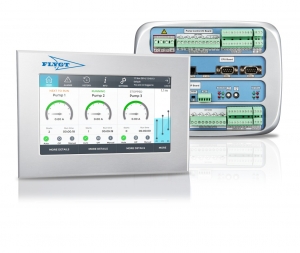 Thames Water: A case in Point

In 2014, Thames Water began to further invest in ways to maintain and monitor its wastewater pumping assets more effectively. The water company wanted to further embed change its maintenance methodology to push proactive and predictive interventions, rather than reactive, and capitalise from asset and process intelligence provided from technologies already delivered as part of its ongoing asset and data improvement strategy.

With this in mind, Thames Water approached Xylem to pilot a scheme to optimise more than 50 pumping stations utilising the Flygt Multismart Intelligent Pump Station Manager (iPSM) from Xylem. The Multismart is designed to manage pumping stations and provides users with the ability to manage necessary station control, communication and data requirements locally or remotely.

When optimising the performance of a pumping station, it is vitally important to have a clear picture of what equipment is on site and how it performs before offering any recommendations on how it can be improved. With this in mind, Xylem introduced a step-by-step project delivery mechanism that would be used across all pilot sites that would ultimately enable Xylem to engage and collaborate with Thames Water, helping to achieve greater efficiencies across its sites. 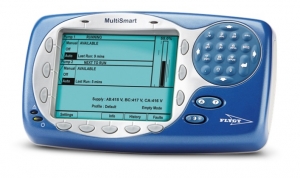 Working closely with Thames Water, Xylem initially created an ‘Optimisation Site Survey’ document to record all critical site information, whilst also focusing on the 18 Multismart key functions including control modes that are designed to monitor and control process and asset condition to minimise risk of failure, and both protect and sustain the asset condition. A team of engineers from Xylem then evaluated the entire pumping station and recorded the conditions of the site and its assets. This would include what type of well was in use and the cleanliness of the chamber, through to the performance of the pumps, and flow rates.

Conducting an overall site audit allowed Xylem to obtain accurate performance data and ensure Thames Water asset registers were up-to-date. Although this process can be lengthy, it’s an important step to obtaining a clear picture of current system status and where further improvements can be made.

Xylem was granted access to data at the Thames Water Waste Operational Control Centre (WOCC), the water company’s main SCADA systems that provide alarm, trend and log data from the Flygt Multismart units across the pilot sites, as well as Thames Water’s top end systems. The collated information, dating back over the course of a number of weeks, enabled the team to understand current performance trends and therefore make accurate and tailored recommendations for each and every site.

Once the data had been collated and analysed, Xylem produced an ‘Optimisation’ report outlining all the current settings of the pumping station found during analysis; such as such as start stop level, where high level probes should be, where overrides are located etc. From this, Xylem was able to recommend a series of Improvements to the operating configuration, based on site specific detail and indicate the overall benefits of these changes.

The report was then discussed in detail with the Thames Water operational managers, where they signed off any recommendations they wished to be implemented.

Once the Thames Water operational managers agreed on which improvements they wished to progress, Xylem was then able to deploy a team of engineers to put the plan into action. All of this was conducted in conjunction with Thames Water WOCC. All the solutions were implemented and thoroughly tested, per site, by Xylem and Thames Water tested it remotely from the WOCC to make sure everything was working, as stated in the optimisation report.

Based on the results of the pilot, it is estimated that Thames Water will achieve nationwide energy reductions of 18 per cent, and aim to vastly reduce call outs, and of those still required improving the ratio of first time fixes as a result of remote diagnosis and improved information sent to field technicians from the WOCC. Following the success of the initial pilot scheme, Thames Water is now rolling out this programme across its pumping stations throughout the UK. Xylem is working closely in partnership with Boulting, a Tier 1 ICA framework contractor to implement the programme.

Needless to say, a product alone can be limited in its capabilities unless it is fully integrated into a company and system. What this project has shown to date, if nothing else, is the benefit of working in partnership with an OEM from the start; enabling the teams involved to have a greater understanding of how an organisation operates and how it’s system’s function day-to-day. It can be all too easy to apply a sticking plaster mentality to maintenance, when in fact with careful planning and analysis, businesses can harness the power of existing systems and technology to improve maintenance strategies over the long term, rather than simply focusing on short term fixes.

Introduced in 2010, the Water Industry Telemetry Standards (WITS) were developed to overcome Remote Telemetry Unit (RTU) inconsistencies and allow for flexible and secure communications between devices, particularly in telemetry applications.

The WITS are based on the international DNP3 protocol which was developed to allow for flexible and secure communications between devices, particularly in telemetry applications. The WITS organisation has 79 members of the Protocol Standards Association and encourages close co-operation between water companies and external suppliers in order to achieve standardised telemetry features for the water industry.

Until the introduction of the standards, water companies would select their telemetry suppliers from a constrained list of RTU suppliers compatible with their telemetry infrastructure and systems. These were generally built on proprietary protocols and would provide non-standard features and data sets. If new suppliers were selected it would mean that new protocol drivers would have to be added to their systems at significant cost and effort.

As a result of using numerous telemetry units across an estate, a large amount of time and effort was often spent managing the procurement, maintenance processes and configuration standards, which were constrained by the proprietary protocols; therefore it was a struggle to achieve consistent data reporting.

The WITS protocol enables the standardisation of industry features such as data logging and alarm/event reporting. These features are then configured through the use of the WITS configuration management features. Where customers select a common set of WITS features, they are then able to share the WITS configuration approach between each manufacturer, essentially meaning WITS enables RTU’s to be configured in the same way which ensures the data collection is consistent across the estate.