In the spring of 2018 users were asked some questions about WITS-IoT in an email survey. Nine user companies responded to the survey. The aim of the survey was to get a feel for IoT and IIoT adoption within the industry and how WITS-IoT would play into that.
This quick post presents some of the results of that survey:
• Around 90% of respondents said that their organisation planned to adopt IoT/IIoT technologies for OT.
• Around 80% of respondents said that their organisation had a strategy for deployment and management of IoT devices.
• Many different primary reasons were given for planning to deploy IoT devices, including:
o Cost savings.
o Wider coverage of asset base, especially underground.
o Extended battery life.
o Reduced cost of communications and lower bandwidth.
o Trials of systems with specific business functions such as predictive condition monitoring or leakage management.
• Over AMPS 6/7/8 nearly 30% of users expected to deploy tens of thousands of devices, whilst others had no estimate at that point in time.
• Around 60% of users had already started limited trials or expected to engage in the next few years.
• Barring one user, however, users has deployed/trialled either none or low tens of units as of the date of the survey.
• Around 80% of respondents indicated that IoT devices are being deployed outside of the traditional Telemetry/SCADA systems.
• However, around 90% of respondents were expecting some IoT data to be captured by their top end.
• Only around 20% of respondents were expecting any OT control functions to be performed on the IoT devices.
• There was an almost 50-50 split between respondents managing the devices or 3rd parties managing the devices.
• Around 90% of respondents indicated that they saw the need for a standard data model to manage the data from the IoT devices.
• 100% of respondents were aware of WITS-IoT.
• Just over 50% of respondents indicated that WITS-IoT formed a part of their organisations strategic plans.
• Around 90% indicated that they would be willing to participate in strategic discussions regarding WITS-IoT.

Today, the WITS-IoT protocol development team met at Technolog.  Joining engineers from Schneider Electric, Servelec and Terzo Digital were representatives from Metasphere, Hydro International, Churchill Controls and Radio Data Networks Limited.  The WITS-IoT protocol was introduced to the new attendees and they each took away new development boards, tools and information to allow them to work on the protocol.  The upcoming May WITS plugfest will be the first combined WITS DNP3+IoT plugfest with attendees planning to produce test and development products in 4 months.

We had open and productive discussions about protocol and security issues, with some important decisions taken.

If you are reading this blog and would like to start your WITS-IoT development, then please contact  enquiries@witsprotocol.org and ask for your WITS-IoT pack.

Quick update: WITS-IoT has been released! If you come to the December WITS face-to-face you can walk away with a development board, courtesy of the WITS-PSA. We have a growing development community using web collaboration tools to support each other and share our developments. If you get involved you can join in, get a development board and get your feet wet with WITS-IoT. To join us, ask for access to the development tools by contacting the secretary at: enquiries@witsprotocol.org. Alternatively you can directly contact the core team members: Steve Beadle, Stuart Combellack, Gavin Rawson or Mark Davison. 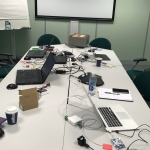 The WITS Plugfest is fast approaching.  We are planning to demo WITS-IoT at the event with a GPS location tracker demo.  Schneider, Servelec, Technolog and Terzo have been working together to build a demonstration of WITS-IoT.  The most recent WITS-IoT team meeting saw the team receive a set of demo boards and start work on the Arduino code to use the GPS receiver and then transmit using MQTT over 2G GSM to the Servelec MQTT Broker and Schneider WITS-IoT Demo Master Station.  The basic system was almost working by the end of the day session..  The whole team had development kits ready to continue work before the next team session.  Provisional date for the next team meeting is 27th September. 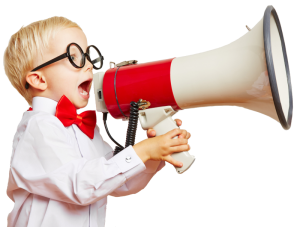 WITS Plugfest!  Thames Water are welcoming the Telemetry Brains of Britain (and elsewhere) to come in October and ‘plug it in’ and see if we can break stuff.  For the first time we will be welcoming WITS-IoT devices to test their mettle.  There will be a WITS-IoT demonstration and if the demand is there, classes on how to work with WITS-IoT.  The protocol is ready for you to build/test/demo Field Devices and Master Stations.  Apply to enquiries@witsprotocol.org for your copy of the protocol documents today!  The WITS Plugfest will take place on October 9th 2018 at the Green Park Conferencin