On Tuesday 14th May 2019 at Lingley Mere Business Park near Warrington, WITS held another WITS Protocol plugfest. The event was kindly hosted by Jim Blower of United Utilities. This plugfest followed the October 2018 plugfest which was hosted by Russ Wheedon of Thames Water; you can read more on that plugfest here. In a similar fashion to the October meeting, a WITS User Meeting was planned for Wednesday 15th May, the day after, allowing users to attend both meetings easily. User attendees at the plugfest included Northern Ireland Water, Northumbrian Water, South West Water and United Utilities. In all, around 40 people (users and vendors) attended the plugfest day.

Between around half eight and nine O’Clock on Tuesday morning, vendors started arriving at the Conference Centre in Hawsewater House at Lingley Mere to set up their equipment. As you can see from the photo above, we had a large room with a horseshoe of tables. Master Stations and Field Devices, along with their support equipment, were set up on those tables and connected together using an internal IP network. GPRS and 3G connectivity was provided by a cellular router connected to the same internal network. The day drew to a conclusion between four and five o’clock.

During this WITS Plugfest both the WITS-DNP3 and the WITS-IoT protocols were under test. WITS-IoT was released at 1.0 some time ago and this was the first opportunity to test elements of that version of the specification. For WITS-DNP3, regression tests were available for the vendors to run and where necessary they had the opportunity to test and solve known problems.

The following table lists the FD (Field Device) vendors who attended the day. As well as these FD vendors, both Master Station vendors also attended: Servelec Technologies with Scope (version 4.6, trunk revision 62232, expected to become the Quality Street release), and Schneider Electric with GeoSCADA Expert (the new name proposed for ClearSCADA) Beta 6.81.7068, capable of supporting up to WITS 3.0.

The following picture shows a collage of the various devices present on the day. 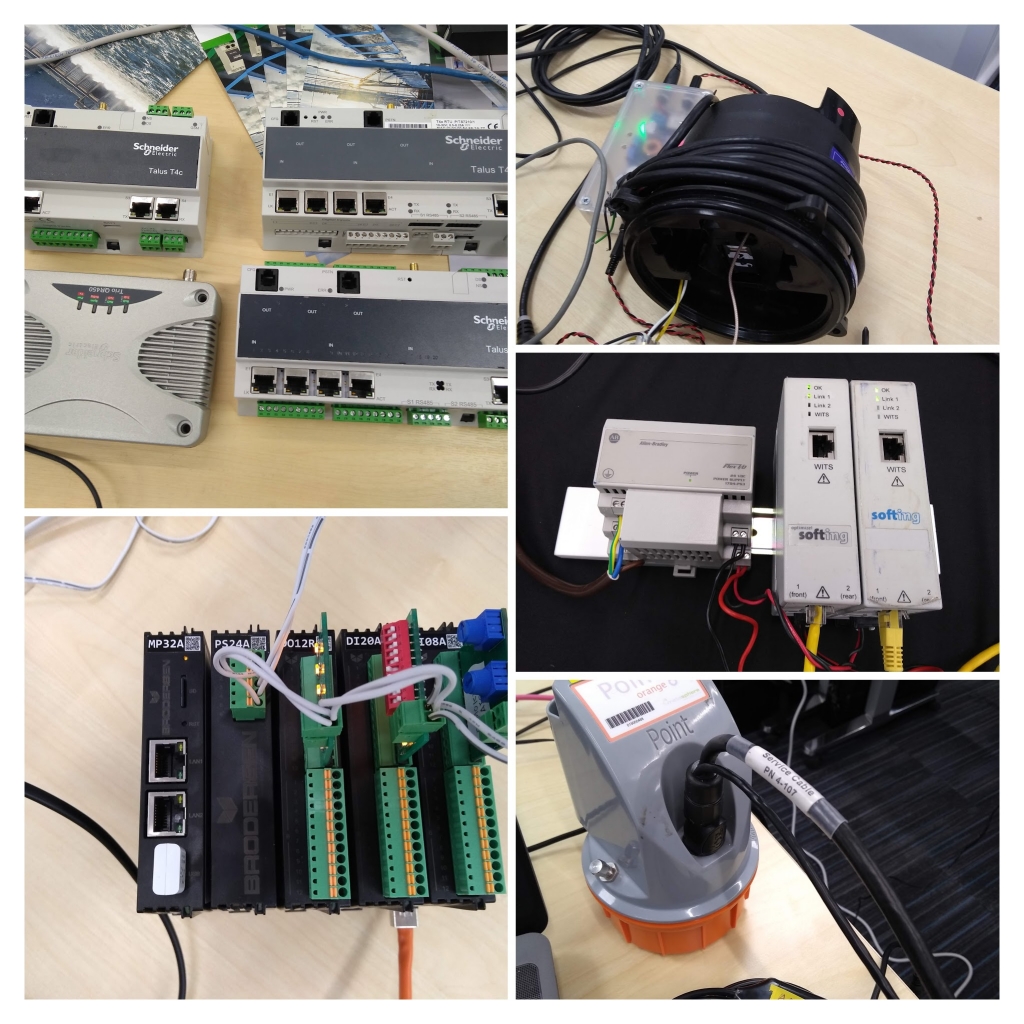 Having released version 1.0 of the WITS-IoT Protocol Specification some time ago, vendors were encouraged to commence development of their Master Station and Field Device products for WITS-IoT. At this plugfest we held a parallel plugfest for WITS-IoT. Both Servelec and Schneider brought forward Master Station extensions which permitted WITS-IoT devices to appear on their normal Master Station databases. Both of these were in prototype stages of development. The plugfest brought together a number of fledgling/prototype Field Devices, these are listed in the table below:

The following picture shows a collage of a couple devices under test; the Churchill Controls Mega Bridge and the Schneider Electric Prototype device (affectionately marked as T4a). A number of the prototypes were not demonstrable in they are not physical devices, such as Halma Water Management’s WITS-IoT Gateway and Terzo Digital’s WITS-IoT Stack. Note that all the products discussed are only prototypes at the moment. 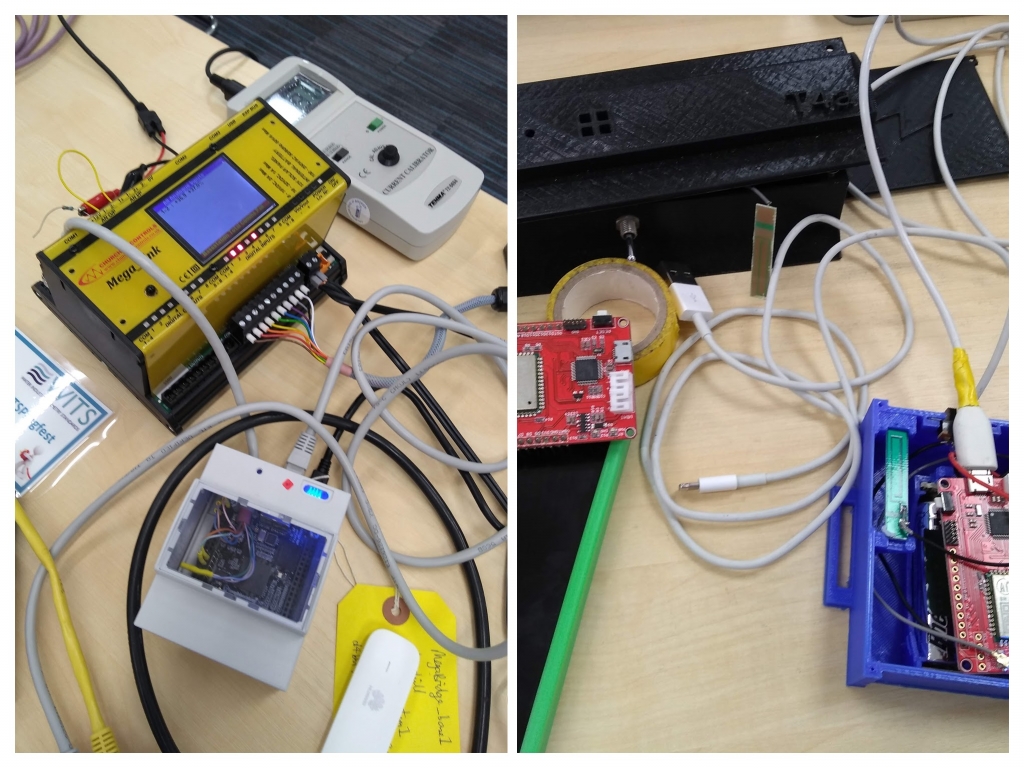 What was interesting with the systems under test was the variation in types of Field Device under development. From:

Hopefully this is a trend which will continue as further devices are developed, prior to the next Plugfest.

No new issues with WITS were raised on the day. Individual vendors may have discovered or worked on a fix for their own issues, but this was not recorded.

As found in the last plugfest, one of the main advantages of the day is to have the actual staff involved in the development of the WITS products from each vendor present in the same room at the same time. This means that failures in operation can be quickly found, analysed, and sometimes even fixed, within that session. This is something that would be much slower and more difficult outside the plugfest environment. As the Master Station licensing restrictions are also removed for the day, each of the Field Device vendors has unfettered access to the Master Stations, thus allowing them to test without worrying that the reason something does not work, is that licensing is preventing it.

The WITS PSAC is now trying to organise the next plugfest. This should also be accompanied by a user meeting at that time, in an attempt to ensure as many users as possible have a chance to attend the plugfest as well.

If you have any questions about the plugfest or would like to be involved in any future plugfests we organise, then please contact the secretary at enquiries@witsprotocol.org.